Clifton is one of the noblest and most expensive residential areas in Cape Town and all of South Africa. The district is halfway between Sea Point and Camps Bay at the foot of Lions Head. Together with the districts of Green Point, Sea Point, Camps Bay and a few smaller districts, they form the Atlantic Seaboard. In 2010, around 30,000 people lived on the Atlantic Seaboard.

This area is extremely popular, both rich locals and tourists favour this area. Here you find a few guest houses and hotels. Real estate prices are very high, for  instance a garage was recently sold here, with a price tag you could buy an apartment in town. 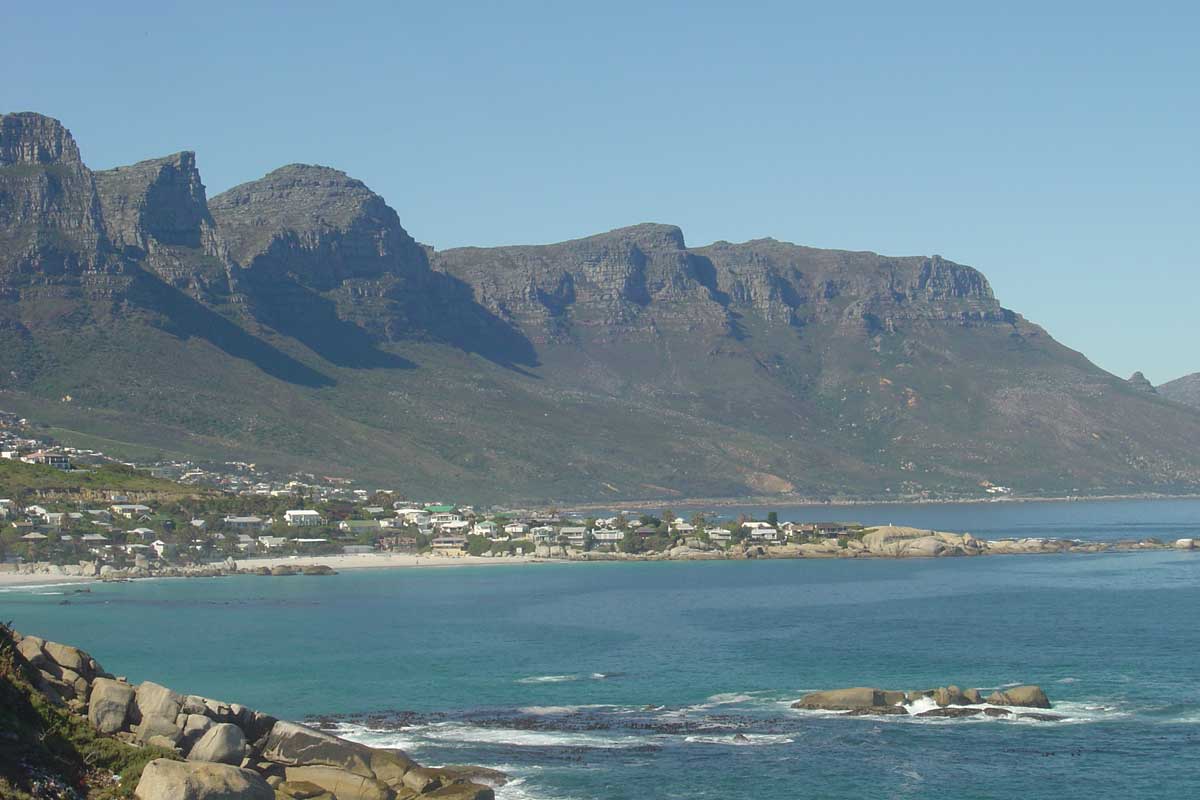 Clifton is situated between Lions Head and the Atlantic Ocean. This hillside location gives most homeowners a perfect view of the sea, but limits the buildable area extreme. Many villas above the main street, and various large apartment blocks with direct access to the beach have been built below Victoria Road.

Since the Victoria Road is about 30 m above sea level, the entrance to the houses is on roof level. Here are also the parking bay's for the residents. Apart from a few restaurants, this district is a pure residential area, which surprisingly has relatively few hotels and guest houses, but instead various holiday homes.

The most beautiful beaches on the Cape Peninsula are in Clifton

The absolute highlight, however, are the beaches, which are spread over 4 sections. The rich and beautiful meet here. Weekend's, the few parking spaces are immediately occupied and the search for a parking space turns into a nightmare. To get to the beach, you have to descend various stairs to get to the sea level from the main road. You pass some bungalows, which have achieved the highest prices in recent year's.

The building price of these prestige buildings  amount to several million rand. The closest beach to Sea Point is Clifton 1st. beach, followed by beach number 2 to 4. Beach number 2 is popular with Cape Town's gay community. These beaches have large boulders, which divide the beaches and protect bathers from eventual uncomfortable wind. However, during low tide you can easily walk from one beach to another. Each beach has its own charm and character.

The four secluded beaches of Clifton are divided by giant granite boulder. The most busiest and popular is the 4th beach. Here is space to play volleyball, throw Frisbee, take relaxing strolls or just soak up the sun. The strong South Easter wind which can blow nasty in summer is here not felt. Not many people like to go swim in the cold Atlantic ocean. Clifton got the atmosphere of a exclusive Mediterranean resort with exception of the warm water the Mediterranean sea got.

Bantry Bay is the site of the most exclusive real estate apartments in the Cape. Built on steep rocks as close as possible to the sea, facing a turbulent little bay, it is hard to tell which is more awesome - the breathtaking view or the amazing properties from which you can marvel at it. With many of the properties, each floor is a terraced step with a swimming pool that appears to extend right into the sea, and parking is on the roof at street level.