Great White Sharks give birth to their offspring in Gansbaai, which is located about 190 km from Cape Town on the False Bay of South Africa. Males in particular take long hikes in the world's oceans and come back to their place of birth. 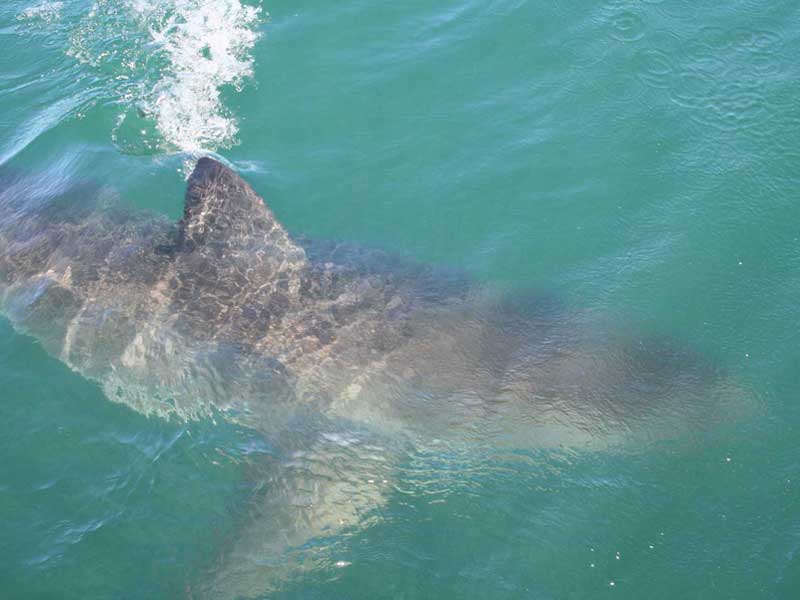 The Great White Shark is most likely the oldest predatory fish that can be found in all the world's oceans. Its age is estimated at approximately 400 million years. He lived about 200 million years earlier when the dinosaurs inhabited our earth. He is therefore a master of evolution. He has survived three times the polarity reversal of the magnetic fields and several climate changes. 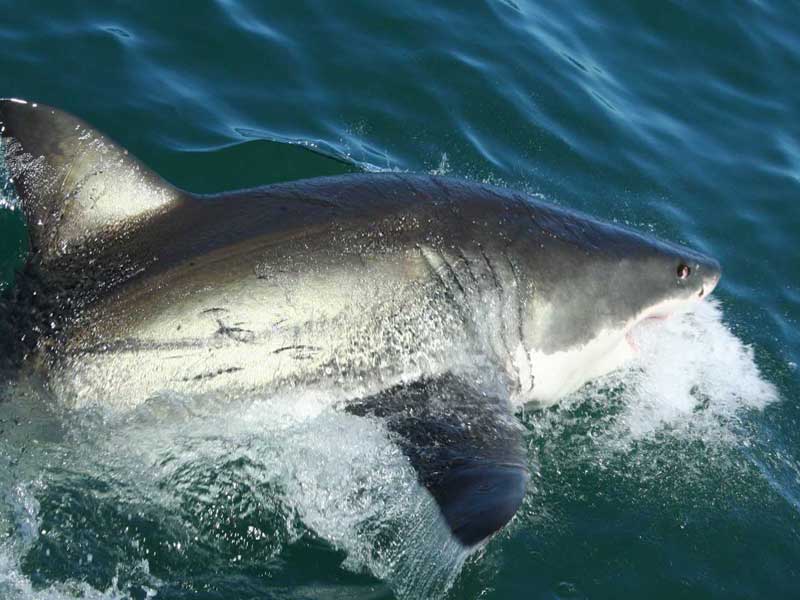 Mating has not been observed so far, but it is known from the Greenland sharks that the male bites the female fairly violently in the back fin. The lady doesn't care much about these love bites because she has a thick layer of fat.

After about 14 months of gestation, the hatchlings hatch. As a rule, she has 2 to 14 young, which she gives birth to live-giving. The eggs were hatched in the womb. The sexes are recognizable immediately after birth, because females or males have an external genital organ.

From the very first minute, the young sharks, which weigh up to 32 kilograms and are around 1.5 meters long, are able to prey. With their triangular, extremely pointed shark teeth, they can immediately catch smaller fish.

Immediately after birth, they have seven senses and are therefore far superior to many rural creatures. 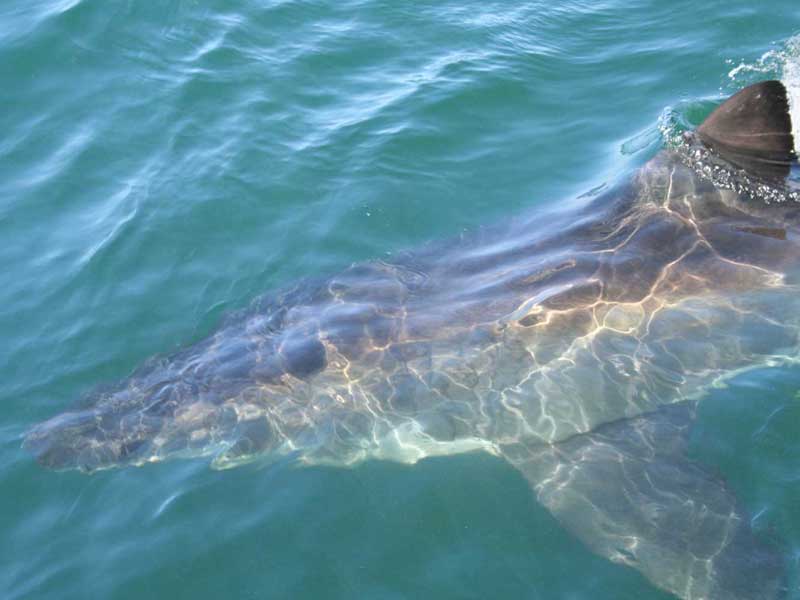 The seven senses include:

- Seeing - high-performance sensors, which amplify the light in the eye. Particularly important in the deep sea, since no light penetrates from a depth of 500 meters.

The young fish were able to practice in their mothers womb as an embryo to eat, the unfertilized eggs were a perfect meal. So nature ensures that only the strongest and fastest young can reproduce.

At the beginning of evolution, the eggs had a shell and were spawned in protected reefs. The Great White Shark continued to evolve over millions of years until a uterus formed in the womb, where the young developed better in a protected body and were protected from enemies.

Shark diving in Cape Town is a unique experience not to be missed. You can go on Big 7 safaris in the winter time of South Africa, because if you are lucky you will also see whales on our shark tours.

A Big 7 Safari includes: great white sharks, whales, lions, rhinos, buffalo, leopards and elephants. Nowhere in the world can you get to know the largest land and water animals in the world in 2/3 travel days.

We are happy to share with you our shark, whale tours and Big 5 safaris at the most beautiful end of the world.

We look forward to your inquiry.